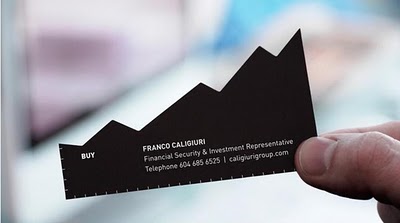 Around the world today, the self storage industry plays an important role in providing a safe place for safekeeping of valuable items. Families and businesses are taking advantage of this facility and their number is growing.

The U.S. remains to be a leader in self storage. An estimated 50,000 facilities are in place there as of the moment while some 10,000 are located in other countries.

In Europe, data gathered in 2007 showed the continent had 1,270. A big chunk of self storage facilities in Europe are located in the U.K. considered to be a mature market when it comes to self storage. The growth rate there is estimated at 10 to 15 percent every year and the industry is generating a revenue of 360 million sterling pounds.

Currently, some 250 companies are operating facilities in the country. The biggest storage chains in the United Kingdom are Safestore and Big Yellow while two thirds of customers are private individuals including business people and those who are in the process of moving.

Shurgard Europe is also in the list of major players with 149 facilities in seven European countries. These are in the U.K., Belgium, Denmark, France, Germany, Sweden and The Netherlands.

Other countries where self storage is thriving are Spain and Germany. The facilities are concentrated in the capital cities such as Paris and Madrid. As of 2005, France had 112 storage facilities, Spain had 57 as of 2002 and Germany had 33 as of 2007.

The storage industry in Europe is worth $550 million as of 2010. Many companies are also selling insurance, packing materials and other accessories to customers as a way to increase their sales.

Another country in the continent that has showed recent development is Hungary in the eastern part. Euro Mini Storage is planning more expansion projects in other locations including Bucharest. This provider is currently the largest in Romania and Hungary. It also recently spent 150,000 Euros to expand existing facilities.

Experts have observed that the economy in Eastern Europe might be improving the reason for this expansion project. In the early years of the self storage facilities in Romania and Hungary, occupancy was not high compared to the situation in the U.S.

However, the companies involved including Euro Mini Storage have been doing their marketing well and have even gone online uploading videos and sharing them to raise awareness about the business. In fact, Euro Mini Storage in Hungary had already won the 2009 CIJ Best Warehouse/Logistics Award. It has ventured as well in environment friendly campaigns and charitable acts.

The Federation of European Self Storage Associations (FEDESSA) covers the national associations in 13 European countries. It helps each member country set up its own organization of operators and provides them with a common voice to important legislative bodies to include the European Commission, European Parliament and Council.

The FEDESSA is looking forward to the growth of Europe’s self storage industry. Together with its member associations, the umbrella organization is positive that more operators will venture into this field.