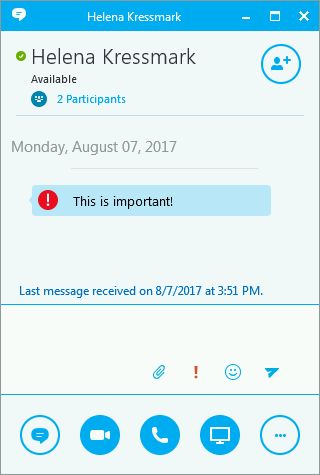 I am a little old school. I was brought up and worked in offline businesses and their respective models. It is only recently that I have been involved with online business models. The worlds of difference between the two may seem obvious to most people but it gets a little tricky when one is deciding which direction to pursue as a livelihood.
An entrepreneur may be thrilled at the idea of starting or buying his own business. But does he want an offline or an online business? Or, going one step further, does he want one that combines both?
Let’s say he wants a pizza joint – a classic offline establishment. He has to think of a lot of things to run this type of a business. He needs dough (both kinds), employees, a restaurant, pizza ovens, customers etc. And he has to take care of insurance, payroll, accounting, etc. Pretty complex, eh? Now the online equivalent may be, say, a vendor of frozen pizza’s. Yet all he needs is perhaps a home office, a drop shipper of the product and a computer to start. Pretty simple eh?
Well there is a phenomenon known as “barrier of entry” which is a huge factor in the offline world but often non-existent in the online world. This says that the pizza joint in a storefront won’t have much competition because it has a lot of barriers of entry, such as expensive space, costly production equipment, employees and “bricks and mortar”. This is the polar opposite of the virtual business model which indeed will have competition from anyone who has a computer and cares to participate.
Entrepreneur’s often get into an offline business not because it’s easy to get in the game (it costs real money) but because once they are likely the only game in town. The same entrepreneur gets into an online business for the opposite reason. It is super easy to get in the game. They don’t care that they have tons of competitors. They can start on a shoestring budget out of their home and make a go of it in no time.
So how is this useful and why would anyone opt to go offline when they can start online? Well I will jump way ahead here a answer this question without going into the nitty gritty. Online businesses are a fast way to start, but very small. And even though you can start small, in order to get bigger, the competition gets fierce and the expansion gets more expensive. The offline business is more expensive but offers faster ways to get big from the outset.
I’ll use an example in my world. Let’s say we want to buy a business that earns $500,000 per year. It might cost $2.0 Million to either the online or offline buyer. It might even be less for the online company and cost, say $1.5 Million. However, it is much easier to buy an offline company of that size simply because it is far more bankable than the online business. The offline company has real people, real location, and has more tangible assets with which to obtain financing. The online business has virtual assets, no people and no resources other than the internet which is there for everyone to compete with. This is basically not bankable. Similarly the offline business has more value down the road when it comes time to sell it.
In summary, this is not to suggest that one should not start or buy an online business. It is to say that offline businesses can be every bit as lucrative in the long run as their online relatives.

January 21, 2016 Wood How To Make Money Online Comments Off on 5 Very best Approaches To Make Fast And Straightforward Money Online

Hello absolutely everyone, it’s an additional time for us to make some money on the internet as usual. Besides discovering them genuinely intriguing, I managed to make $80 in the past two weeks. Some people […] […]

Sadly so. Yes, your early days of revolution in Albion are fairly simple-peasy, but ultimately Fable III players will have to raise much more than six,500,000 gold in order to save their poor kingdom from […]

Best Websites To Earn A Lot Of Income Online Easily 2016

September 19, 2016 Wood Ways To Make Money Comments Off on Best Websites To Earn A Lot Of Income Online Easily 2016

Unlike preceding games in the series, earning money in Grand Theft Auto 5 is certainly not as effortless. It is thoughts boggling of just how a lot of people wishing to produce their own wealth […]